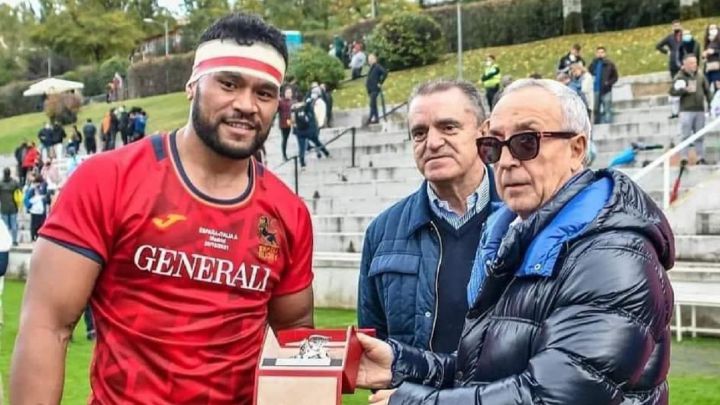 He was born 32 years ago in Auckland, the capital of the ‘great white cloud’, as the Maori, with whom he had ties by his Samoan blood, like to call New Zealand. And he lost his life Tuesday in a Dutch hospital after falling from a building in the Leiden area on Saturday. No one deserves such an end, but less Kawa Leauma, a man who had his whole life ahead of him and who was very close to making his official debut with the Spanish National Team, the country he opted for to relaunch his career in 2018.He was the last oceanic warrior recruited for the Lions, following in the wake of other internationals born in those latitudes such as KaloKalo Gavidi or Afa Tauli.

Second line of imposing size, 1.97 and 110 kilos, Leauma went through several New Zealand teams of the Provincial Championship, in which talents are forged that later end up donning the All Blacks jersey. He was in Auckland Union, Manuaku Rovers, Mt Wellington and Papatoetoe. Later, he joined the Australian Sydney Rays, another regional category team in which he came to share training with Michael Hooper or the defenestrated Israel Folau, at that time two of the great figures of the Wallabies. At the international level, his dual nationality allowed him to play matches with various categories of the Samoa national team.

Offers came to Australia from Europe. Among them is AMPO Ordizia, one of the most powerful clubs in the Honor Division, an important source of talent for the Lions (their captain, Fernando López, played there for many years). The Gipuzkoan structure focused on its power in touch and scrum and its physical potential to wreak havoc in the open field and in the rucks.

The same one that Santi Santos had already seen to reinforce the National Team. Kawa was to make his debut in an official match last Saturday at Six Nations B, in what ended up being a resounding Spanish victory. He already met the parameters of continuous residence established by World Rugby to nationalize a player when there are no family ties with the country that ‘signed’ him. But at the last minute doubts arose about his eligibility and he was left out of the call. Even so, he went to make pineapple at the Leiden venue where a small third half was improvised. And there, unfortunately for his family, friends and all of Spanish rugby, he met his death.