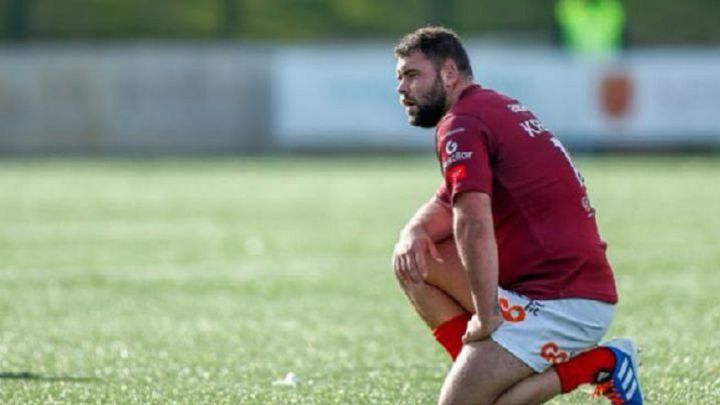 After resolving last week the administrative demotion of Alcobendas due to the involvement of several of its members in the falsification of Gavin van den Berg’s passport, The Disciplinary Committee of the Spanish Rugby Federation made public this Wednesday, as AS announced, the initiation of a sanctioning file against the pilier of South African origin whose irregular alignment caused the expulsion of Spain from the 2023 World Cup.

The letter is based on the allegations of the manager of the National Team, José Manuel Pérez Corchado, known in the world as Sevi. He affirms that in September 2021 Van den Berg was already exposed to the interest in “counting on him” once he had completed three years of residence in Spain. He was also informed then that he should “verify” that he met the requirement of not having left Spain “more than 60 days in the last three years.”

Sevi also assures that special emphasis was placed “on the importance of eligibility rules”, and the player was informed that “his case had required a more rigorous study and a formal consultation had even been raised with World Rugby”. According to the manager, “he claimed to understand everything” and signed the document known as Declaration of player’s Eligibilityin which it is assumed that all the processes followed in the nationalization are correct.

One time Rugger Infoa Russian media outlet, published the first information questioning Van den Berg’s eligibility, Sevi says that “an urgent meeting with the entire squad of the national team” was called in Guadalajara. At the same, in which those present were reassured by asserting “that things had been done well”, Gavin was present. The person in charge of the logistics of the Lions is categorical in the idea that the player was told “the importance of Rule 8” and made sure “that he knew its content.” “He always told me that he was eligible and that everything he had declared was correct and that there would be no problem. Therefore, Gavin was fully aware of the eligibility rule,” concludes Sevi. In view of his statements and what was exposed to this newspaper on Tuesday by FER sources involved in the process, who claim to have received writings that “incriminate” Van den Berg in forgery, everything points to a sanction for the player, whose file It has been detached from the one that affected Alcobendas and the alleged masterminds and material authors of the forgery.