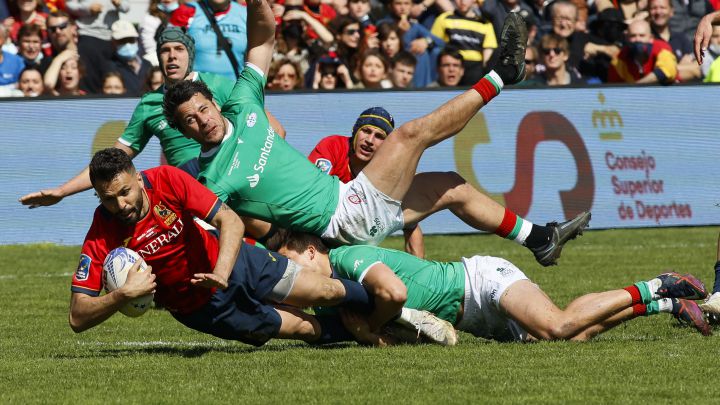 The worst omens were fulfilled. Spain is out of the Rugby World Cup due to improper alignment of Gavin Van den Berg. This was decided this Thursday by an independent panel appointed on March 28 by World Rugby, the International Federation, to an appeal presented by Romania, the country that obtains a direct place for France 2023 to the detriment of the Lions, and later seconded by Portugal, which ascends to the third position of the qualifier and will play the repechage.

Nigel Hampton, president of the panel, Pamela Woodman and Frank Haden, in the absence of an official statement from World Rugby, estimated the evidence presented by the Romanians to show that Van den Berg, a pilier of South African origin who currently plays in Alcobendas, He was not in a position to be lined up in the two qualifying games he played, framed this year and the previous one within Six Nations B.

Both were against the Netherlands, the weakest team in the tournament, which reinforces the sense of absurdity that emerged when the investigation was announced for a matter very similar to the one that caused the Spanish disqualification from the previous qualifier. Then the defeat against Belgium in the decisive match, facilitated by a petty arbitration by the Romanian Vlad Iordachescu, was followed by a series of cross complaints between Spain, Romania, Russia and Belgium that ended with a devastating sanction to the FER for employing two French, Mathieu Belie and Bastien Fuster, who were previously ‘captured’ for international purposes by their country of origin.

Now history repeats itself with a player who He arrived in Spain with Burgos in 2018. Van den Berg would have completed 36 months of continuous residence in the country at the end of 2021. That would make him eligible under the old World Rugby regulations, which ceased on December 31 of that year (60 months or ten cumulative years are now required). His debut with the National Team took place on December 18, 2021 against the Netherlands, so in that sense he was covered and in fact the FER consulted World Rugby about his status, receiving, as he assured at the time, positive answer.

The problem is that Van den Berg spent time outside of Spain, in his native country, during the pandemic. There is no official document that reflects how much, but there are some stories from his Instagram account that attest to the trip in a period in which he had to be on Spanish land to comply with the regulations. Those are the tests that the denouncers used and that have finally led to the deduction of ten points from the Lions locker, five for each game they played, and a fine of 25,000 euros.

There is no recourse against the decision, given that the competition agreements signed by the teams that make up the qualifier with World Rugby stipulate that disputes be resolved within the federation framework, eliminating the possibility of going to the TAS. From the FER indicated in the statement announcing the elimination that they will continue “with the extraordinary disciplinary procedure initiated at the time” and that a press conference will be called to offer his official position. The explanations, in a scenario that takes Spanish rugby back to its darkest hours and once again distances it from the possibility of consolidating itself as an important player on the international level, are more necessary than ever.

Spain claims the throne of Georgia in the Six Nations B