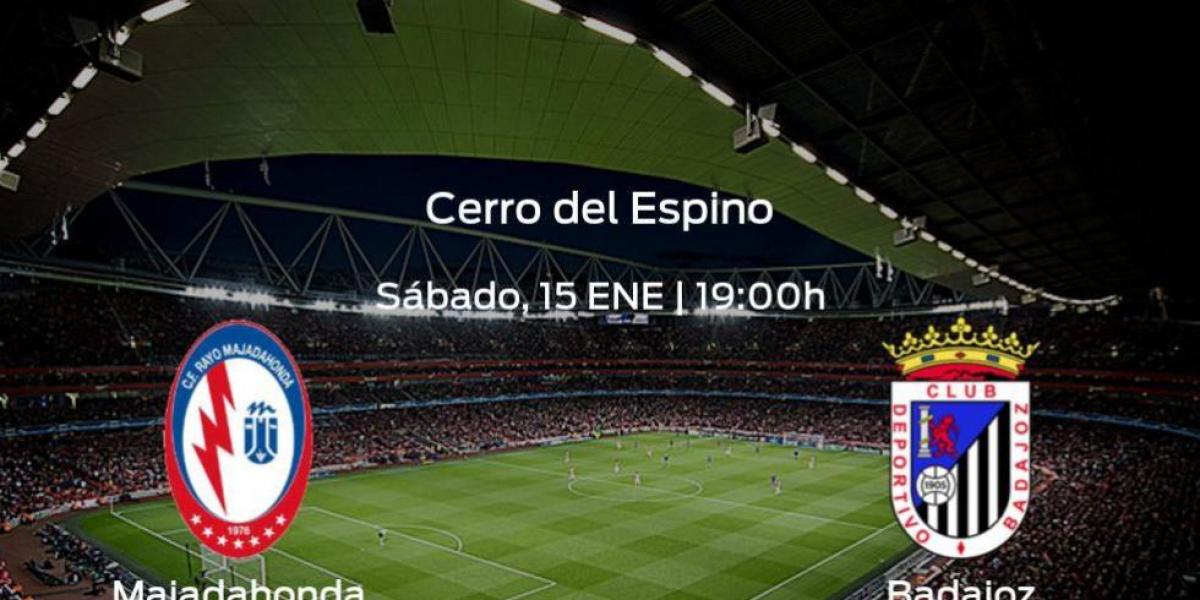 Badajoz travels this Saturday to Cerro del Espino to face Majadahonda in its seventeenth round of the First RFEF, which will start at 7:00 p.m.

Rayo Majadahonda is keen to meet again with victory in the match corresponding to matchday seventeen after having lost their last match against Racing de Santander by a score of 3-2. Since the start of the season, the hosts have won eight of the 16 games played to date, with a run of 20 goals for and 16 against.

Regarding the visiting squad, Badajoz won against Tudelano during their last match of the competition (2-1), with goals from Clemente and Santamaría, so they intend to maintain their winning streak at the Rayo stadium Majadahonda. Of the 16 games they have played this season in the First RFEF, Badajoz has won six of them and has a balance of 19 goals scored against 14 goals conceded.