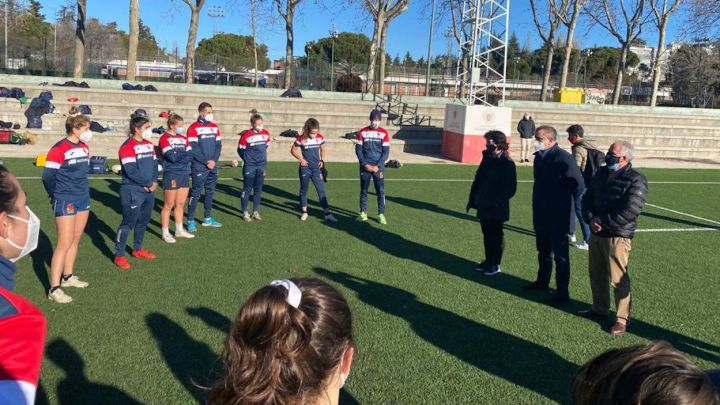 The president of the Higher Sports Council José Manuel Franco wanted to show his support for the Spanish women’s rugby seven team, the Leonas7s, before the big date that lies ahead in the HSBC Spain Sevens.

Franco’s visit took place while the players led by Pedro de Matías finalized their preparation for the tournament at the Sports Complex of the North Zone or Paraninfo of the Complutense University of Madrid. Along with Franco were the president of the Spanish Rugby Federation (FER) Alfonso Feijoo and the rector of the Complutense University of Madrid (UCM) Joaquín Goyache.

Spain dresses up to host for the first time an appointment of the HSBC World Rugby Seven Series that will be held from January 21 to 23 in Malaga and from January 28 to 30 in Seville. Spain will be well represented in the competition, as it will participate in the men’s and women’s tournaments wanting to shine in the first visit of the great rugby league seven to Spanish soil.