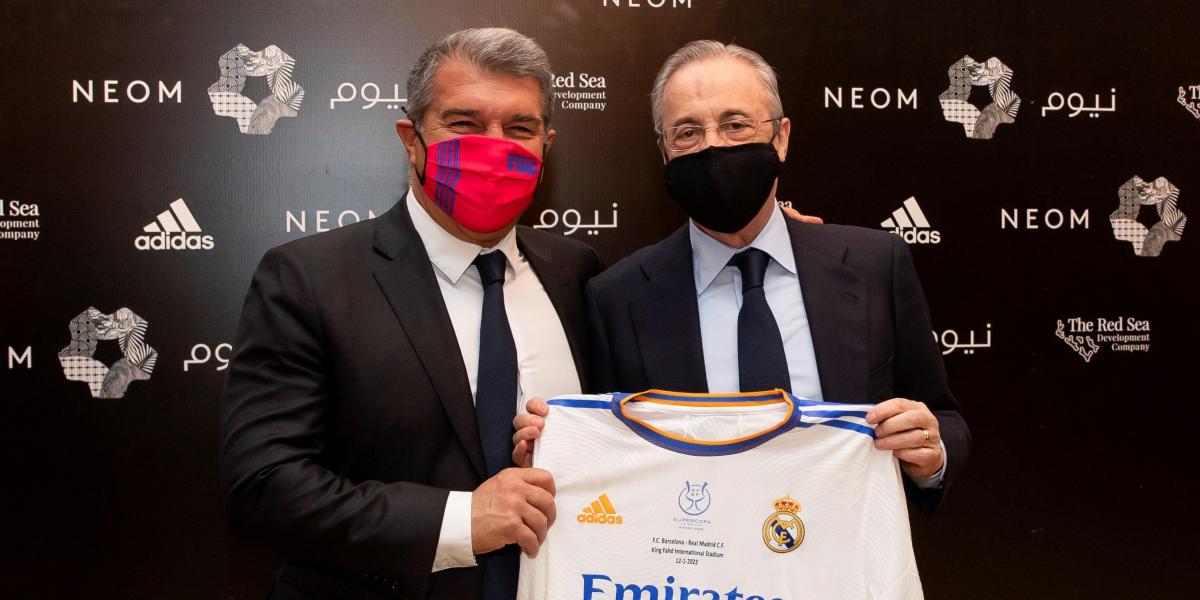 Joan Laporta Y Florentino Perez, presidents of FC Barcelona and the Real Madrid, witnessed live the semi-final Classic of the Spain Supercup at the King Fahd Stadium and during half-time in the game there was a ceremonial exchange of gifts in which he also participated Luis Rubiales, president of the RFEF.

In the midst of a relaxed atmosphere, laporta gave to Florentine a plaque with the coat of arms Barca, but the white leader surprised by handing over a T-shirt from the Real Madrid to the Barça president. A detail that did not end up liking the culé expedition displaced to Saudi Arabia, since they did not fully understand the meaning of giving away a shirt of the eternal rival.

Despite this ill-advised gift, Joan Laporta Y Florentino Perez They continue to maintain a good relationship and in recent months they have shown it. The two, together Andrea Agnell, president of the Juventus, had lunch together in Barcelona in August to talk about the super league and then they have also positioned themselves in the same line with the agreement between LaLiga and CVC, as well as in the suppression of guarantees in the new Sports Law. We’ll see if the relationships remain just as fluid or if this episode turns the tables