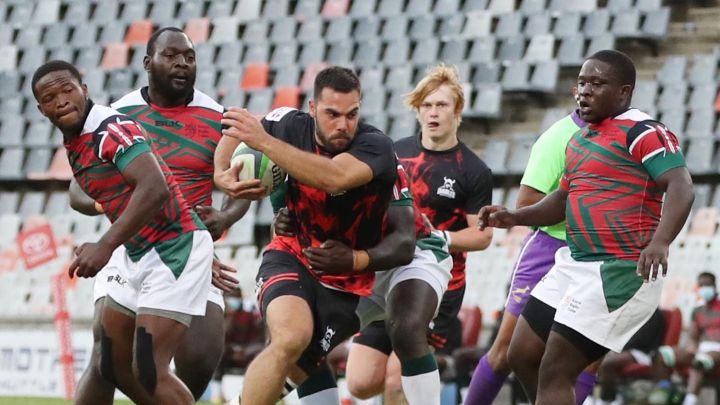 One week after the First cases of the Omicron variant of COVID-19 detected in South Africa and Botswana, in the first of the countries there are three rugby players, confined after testing positive for coronavirus. It’s about the Spanish Francesc Pulido and Pol Fonts, and from the Canadian Sean Snyman, members of the Diables of Barcelona, a team presented on November 12 and that was precisely the culmination of the first tour in its history.

The positives were in the last test that the Diables had to undergo just before taking the flight back to Barcelona, ​​last Saturday, after the Toyota Challenge against the Cheetahs (14-99) and Kenya (6-59), in Bloemfontein. The three players, previously vaccinated, were immediately isolated in a resort hotel of said locality, practically asymptomatic and attended at all times by the local club. They do not know for the moment if they have been infected with the Omicron variant, although in the next few hours they will undergo a new PCR test to determine it.

If everything goes according to plan, the quarantine of the three rugby players would end around December 6Therefore, two of them should return to Barcelona –Snyman intends to stay in South Africa for personal reasons–, as long as the restrictions of the European Union and the Government of Spain in terms of border closures do not prevent them.

It is troben bé i molt ben atesos per @CheetahsRugby. Also Sean Snyman from @academy_ireland i player of @BarcelonaRugby It is with them. Estem treballant per fer-los tornar tant bon punt passin la quarantena. Quan they turned, the trip will finish. https://t.co/mENuCnx76N

The team that Pulido, Fonts and Snyman belong to, Diables of Barcelona, aims to become the first professional rugby franchise in Barcelona, and negotiates with other entities the creation of an Intercontinental League involving at least six European and two South African clubs, for which also a team from Madrid has been interested.

Although they were recently introduced, the origin of Diables is located a decade ago, in 2011, on the occasion of centenary of the first rugby match in Spain, between Espanyol and a combination of French players.