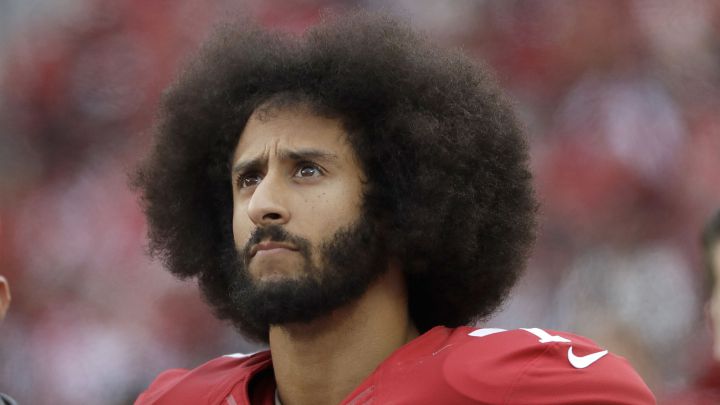 The quarterback market for the 2022 NFL season seems to slow down after the trades of Russell Wilson to Denver, Carson Wentz to Washington and the contractual extension of Aaron Rodgers in Green Bay.

Despite this, many franchises do not have a defined starting quarterback and Colin Kaepernick is determined to return to the NFL at 34 years of age. The quarterback posted a video on his Twitter account in which he is training.

Colin Kaepernick is still working out and is said to be, in the words of one source, “in the best shape of his life. He wants to play. He’s ready play. He would be a great fit for teams with QB vacancies to fill who want to win a Super Bowl.” https://t.co/VAXfKlZ6E4

A source stated for Adam Schefter’s ESPN what Kaepernick “is in the best shape of his life. He wants to play. He is ready to play. He could be a great piece for teams with gaps at quarterback that want to win a Super Bowl.

The last time Kaepernick played in an NFL game was January 1, 2017.when the 49ers faced the Seattle Seahawks in Week 17 of the 2016 NFL season.

YOU MAY BE INTERESTED: NFL will celebrate the sixth edition of the Women’s Forum

Kaepernick was drafted by the 49ers in the second round of the 2011 Draft. and in his first season as a professional he was on the bench and learned from Alex Smith.

In 2012, Alex Smith started the season as a starter, but a concussion gave Kaepernick the opportunity to take over the Niners’ offense and the quarterback made the most of it. ‘Kap’ guided the Niners to Super Bowl XLVII, however, they were defeated by the Baltimore Ravens.

For life, Kaepernick has played 69 games, 58 as a starter, and has thrown for 12,271 yards, 72 touchdowns, 30 interceptions after completing 59.8 of the passes he has attempted. On the ground he generated 2,300 yards and 13 touchdowns after rushing with the ball 375 times.